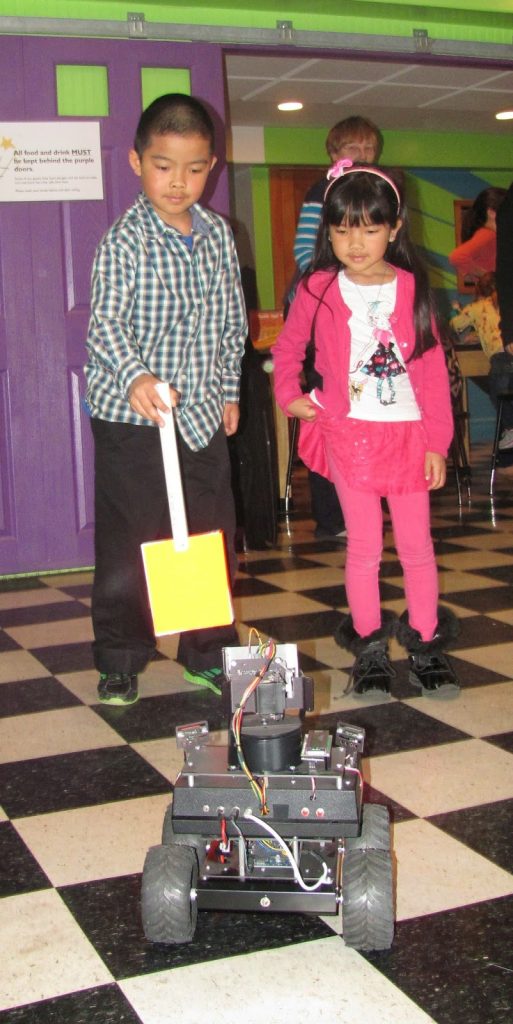 To wrap up mini-maker week at The Children’s Museum in
Easton, innovator and designer Steve Norris was our special guest maker who
helped us celebrate robots!
Steve brought three robots for the kids to interact with; Huey, Frank, and Butler-Bot.

Steve Norris is a software programmer and a writer for Robot Magazine.  Writing for the magazine is Steve’s favorite hobby, where he gets to write every two months about the robots he builds.  He has built 44 in total, one every two months, and has written in the magazine for just about all of them.

The children also got the opportunity to make their own scribble-bots!  These scribble-bots were made out of simple household items including the motor from the inside of an electrical toothbrush. For instrucions on how to make your own, click here to visit the Exploritorium website!  The kids got to watch their robots come to life as they made cool designs scribbling all over the paper.  Steve loves to inspire people into getting involved in science and technology, so watching the kids in awe as they designed their own robots was a great experience for us and him.  To check out more amazing creations from Mini Maker week, look for our blog post about textle artist Rhona Fazio!