People and dogs have had a close association for
thousands of years. They provide companionship, affection, and protection for their
owners. Dogs have a variety of different titles; companions, playmates, and
even partners working together. “Dog’s are a man’s best friend” is a saying
that tends to be used a great deal, and for Officer O’Connell of the
Environmental Police K-9 Unit, this statement is completely accurate. 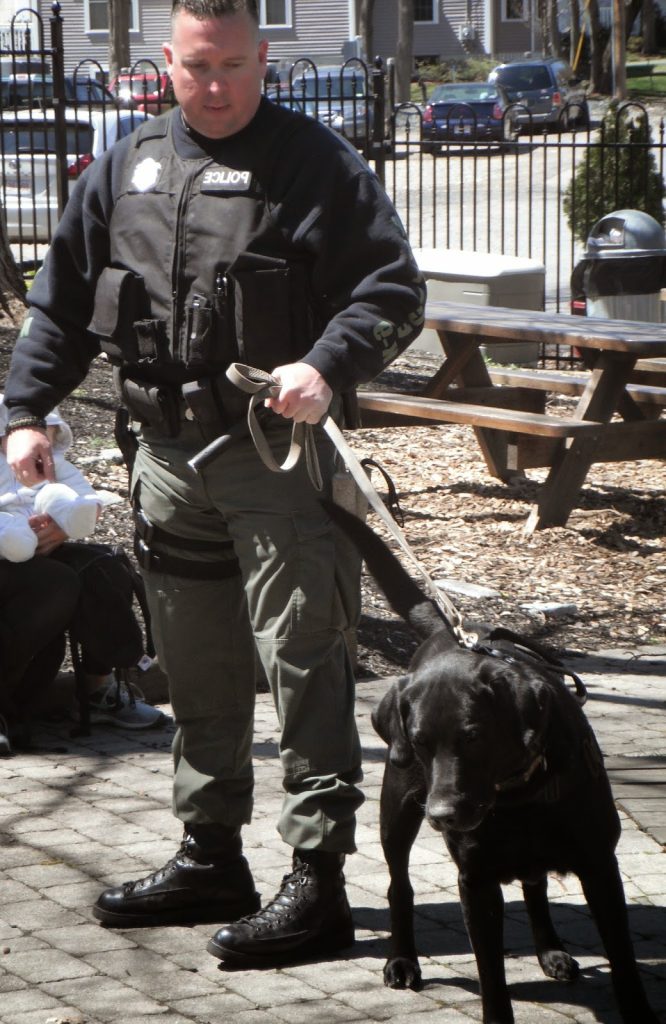 For the last five years, Officer O’Connell has been
involved with the Environmental K-9 Unit and has had the privilege
of working with his best friend and partner, Diesel, a six year old Black
Labrador. The super duo has been in action for the last six years
since Diesel was born. As of five years ago, the two became partners in crime
and are still to this day a fearsome crime fighting pair.Officer O’Connell started his career as a Police Officer
for the town of Oakham, Massachusetts and gradually made his way up to working
for the Federal Government Department of Defense. O’Connell had the desire to
be an environmental police enforcer for many years. Being in the Coast Guard
for twelve years in the K-9 unit, much of the obligations, responsibilities and
tasks as a Coast Guard mirror the same duties as an environmental enforcer. Since
becoming an Environmental Police Officer in the K-9 unit, a typical day on the job for O’Connell and
Diesel could be a variety of different things such as boat patrols on the
Boston Harbor, forest and state park patrols, or even a deployment for a missing
person. 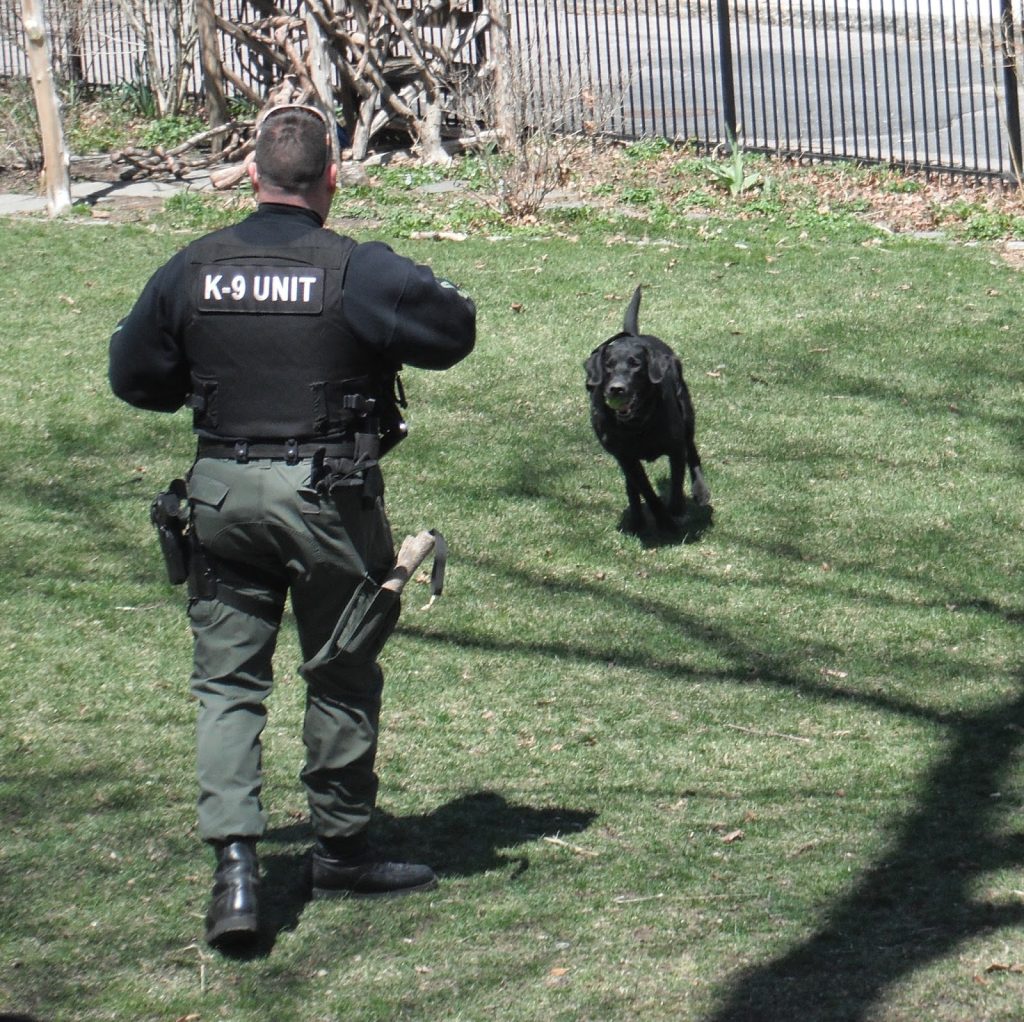 O’Connell and his furry friend and partner Diesel have
teamed up with MA Vest-A-Dog, which is an organization dedicated to dogs
involved in K-9 units to help provide bulletproof vests, important equipment,
training, and the purchasing of dogs for law enforcement K-9 programs around
the state of Massachusetts. Officer O’Connell and Diesel paid a visit to The
Children’s Museum in Easton to demonstrate Diesels skills in the unit as well
as talk about duties, important facts, and information about MA Vest-A-Dog program.
Diesel showed off his special tricks and demonstrated his important role in the
Environmental Police force.
Not only does Officer O’Connell have the remarkable
Diesel, he is also the proud owner of a 10 month old black Labrador named
Grizzly, who just so happens to be Diesel’s son. Grizzly is currently undergoing
training to be in the E.O.D (Explosive Ordinance Disposal) K-9 unit and soon,
like Diesel, will become a next generation “super-dog”.

Posted in Uncategorized and tagged April Vacation Week, Children, Children's Museum in Easton, Dogs, MA Vest-A-Dog
← School Begins – Welcome back!There’s no “i” in MUSEUM, but if there were, it might stand for IMPACT! →