This past Thursday, the well known puppeteer, Charlotte Anne Dore and her puppet’s took the audience to a planet they have never been to before. Two scientists, Rosalita and Simon built a spaceship that sent them to “Robot Planet” where all the Robots live. Robot Planet and “Robot City” were threatened by the metal eating bug that had appeared from earth, onto their planet.
Sometimes it’s extremely hard to make learning about science fun. However, Rosalita’s Puppets’ were an absolute hit. From the children’s laughs, to learning about static electricity and opposites attracting, Rosalita and her puppets’ put on a spacetastic show. 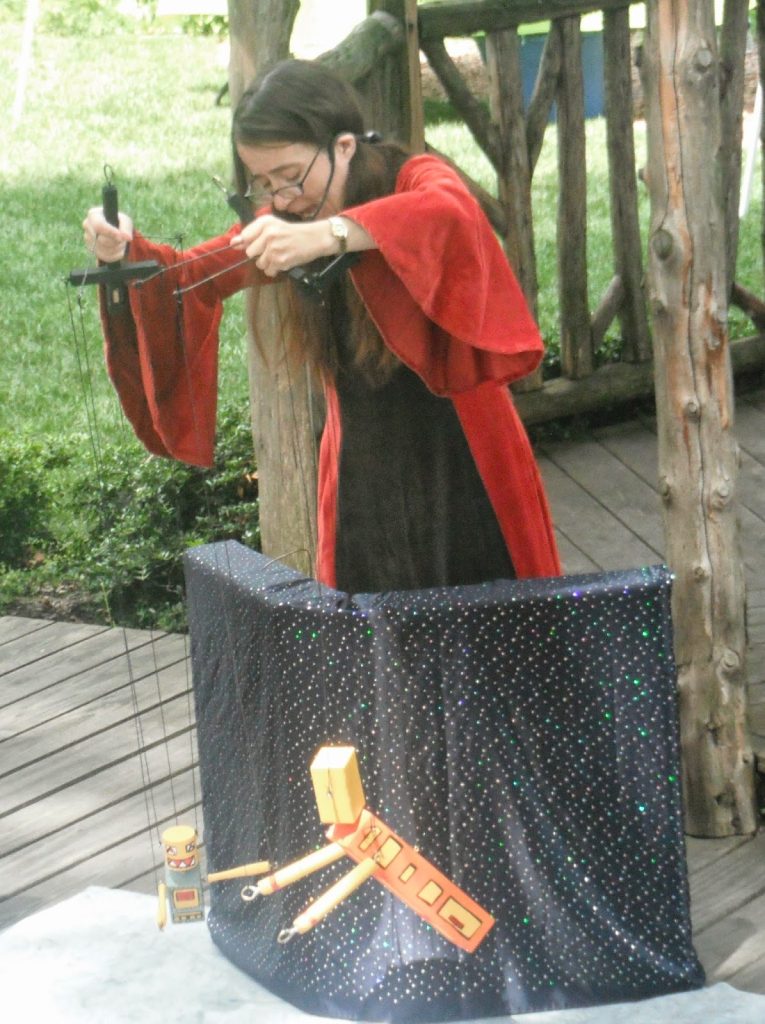 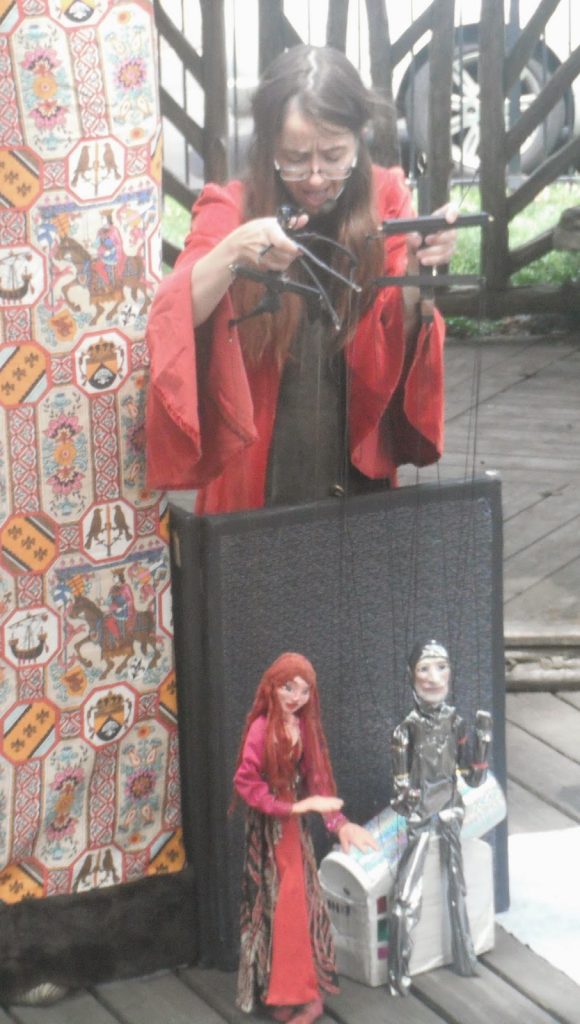 Rosalita kept her audience interested by incorporating them into her show by asking questions, and asking them to sing along. “Is the metal eating bug behind Simon?” Rosalita asked, and all the children would chant “YES!” “Watch out for the metal eating bug”!! A young girl yelled in the audience.

This allowed children to feel excited and involved. Trying to figure out how to get rid of the bug, Rosalita told her audience a little bit about Science. She was able to teach the children in a fun and exciting way.  Incorporating a sing along, and using a large spoon as a magnet letting the children know that opposites attract, while similar charges repel. The friction from the spoon was able to “eat” away the metal eating bug, and the children chanted and applauded as the evil bug disappeared.

Not only did Rosalita’s performance go on during “Space” Drop-In Day, but so did many exciting activities and experiments. The kids were able to color their own rocket and launch their rocket made out of paper cups all the way into the air from the power of the rubber bands. The children’s face lit up as they realized it really worked. Some children preferred launching their “rocket” by air power, and that’s why they made theirs out of straws, instead of cups.
The flying saucer activity was also a big hit. After you made your flying saucer out of plates, you could fly it into circles filled with all eight of the different planets. This young girl had a blast trying to get her flying saucer into planet Mercury! 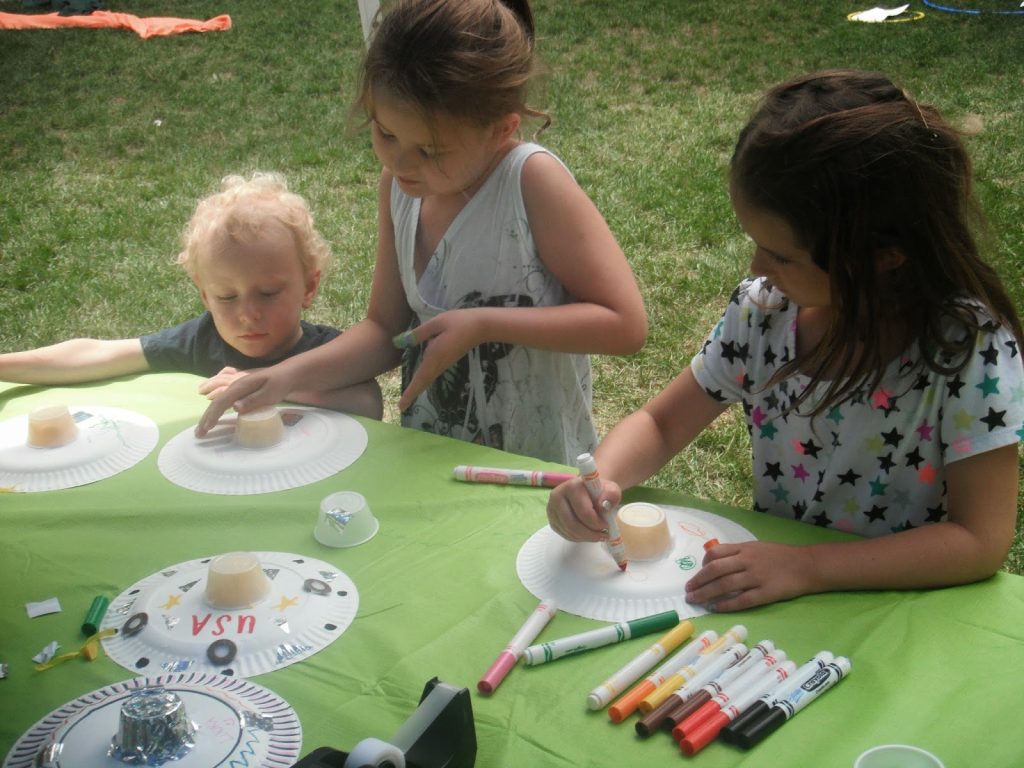 Posted in Uncategorized
← Summer Fun for Everyone: Tie Dye, Magic, and Smiling FacesVisitors have “Snow much Fun” at the Children’s Museum in Easton →