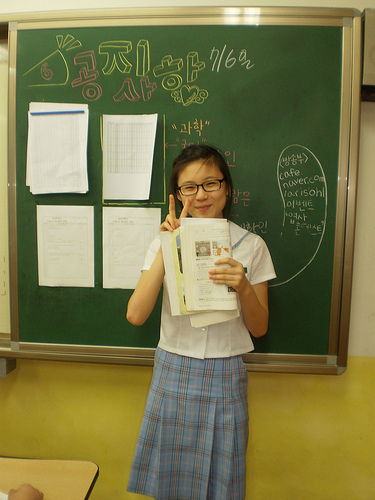 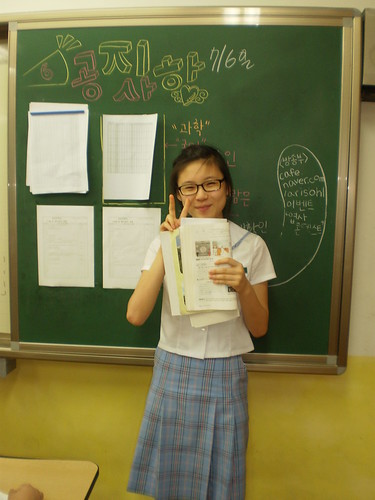 Month 3 of my stay in Gangneung, South Korea has come and gone. The first trimester was noted “The Impossible is Possible.” This upcoming trimester will be deemed “Let it Be.”

Obviously, the education system here is unlike any Western system, because South Korea focuses solely on achievement, the business and the face value of intellect. These children don’t play because they are busy laboring on activity they are expected to succeed in. Their future is determined; training is set and standards are high. If none of the aforementioned are met, it is defamation of family character, societal standards and values, which are not tolerable or accepted. The children are bright. By far, the most intellectually inclined students I’ve ever had the privilege to teach. They prove that hard work pays off, because this culture reassures them that their education is the foundation for the future of their country. The American belief is geared towards the safety, concern, comfort and level of understanding. However, some students in America don’t believe they have a chance to succeed. This is due to the lack of parental involvement, home environment, and their level of certainty with themselves and peers. As an American educator, I preached every single day to my students that they can go anywhere and do anything as long as they worked hard. Of course some didn’t want to work and constantly complained about the level of difficulty. However, if someone , other than their parents, believed they could achieve any goal, then it was mission accomplished! There may not be individuality in South Korea, but there is one goal working for this stern exactness, where is there is no room for failure. Where individuality is absent, the knowledge of community, togetherness and are present. Complaints don’t exist, only agreement. A child will not tell a teacher there are problems at home, their vision is bad or the uniforms are ugly for that would be too much opinion. There is a recognized unison in this culture, especially the schools, because this is where the training for future success is built. This is a great thing, for the government supports all teachers, administrators and tutors, because the future of their country is of great importance. This philosophy must be implemented in our American educational system. Imagine the possibilities; the doors of success through optimistic attitudes will rise to the surface, smashing through negative situations. On the other hand, this may be a bad idea, because these children don’t have the opportunity to fail, to learn by doing, to have fun, to use their imagination and freely discover their likes and dislikes. The American child will know their opinion matters. Here, if a child shows interest in art, that student will study every artistic discipline f 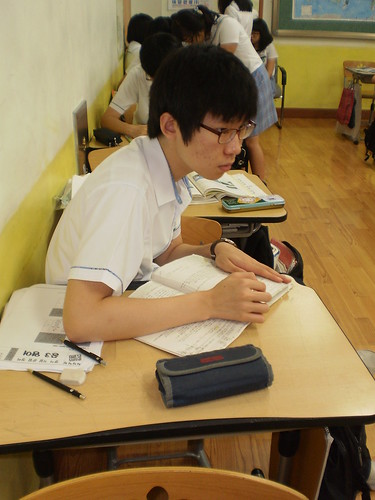 rom elementary school through college. If a child shows interest in weight lifting, every physical activity will be studied extensively by this child and graduate with a degree in this field. They have interests, but are allowed to explore only one. When I was a child, I LOVED reading, writing, dancing, playing, and painting. There was never a single focus on one subject, I was allowed a plethora of passions, and grew well rounded because of it. Here, they chose only one. Each country has a system that works for them, and both have much to learn from one another. In South Korea, the strictness is a value. In America freedom to explore childhood is a must. What I would like to see in my America, are our children to know that they are the future. They can succeed in anything as long as they are focused. For Korea, I wish for the young to be given the gift of moderation, that they may find new interests within themselves, everyday. But who am I? I’m just their foreign English teacher. I didn’t come to change the world; I came to share it!I’m saying that both work well for their own culture. What I would like to see in my America, are my students, our children to know that they will not fail as long as they are focused. What I would like to see in this country, are the students to have more fun and learn that not everything in life is hard work. Here, the focus was born when they were.