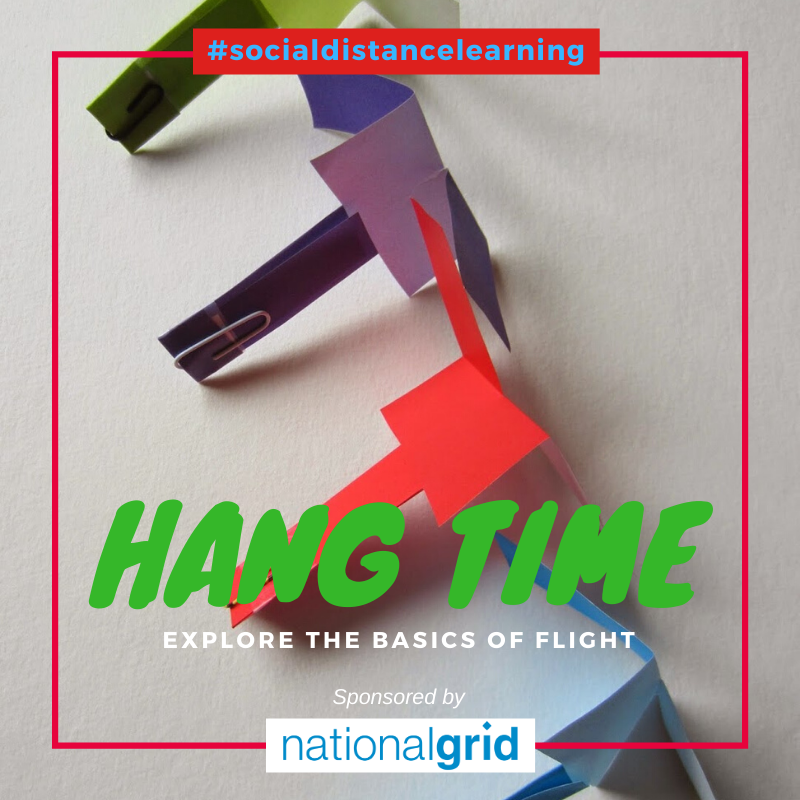 In this science experiment, kids make paper helicopters and explore the principles of flight.

THE SCIENCE BEHIND IT:

Wind speed and wing shape affect how a helicopter flies. For objects to fly, they must overcome the forces of gravity and drag with the forces of lift and thrust.

Gravity is an invisible force that keeps us from floating into space and keeps the Earth rotating around the Sun. On Earth, gravity pulls everything downward. The only way helicopters and airplanes can fly is if the upward force of lift is greater than the downward force of gravity.

Drag is a force that slows things down – like when you try to walk through deep water. When things fly on Earth, drag is caused by air in our atmosphere pushing against the object.

Lift occurs when air moves quickly over an object, lowering the air pressure on top of the object. This concept is called Bernoulli’s Principle, after Daniel Bernoulli, who first discovered that as the speed of air increases, pressure decreases.

Thrust is the force that pushes an object in the direction that it is flying. In a helicopter, the tail rotor creates thrust to keep the helicopter moving. In the case of this experiment, thrust is created by kids throwing the helicopter, or by the fan blowing upward.

Nature uses a similar helicopter design and wind to help maple seeds fly through the air. This helps the seeds move further away from the tree that produced them. Can you think why this would be helpful?